Get on your bike to Bramley Baths! 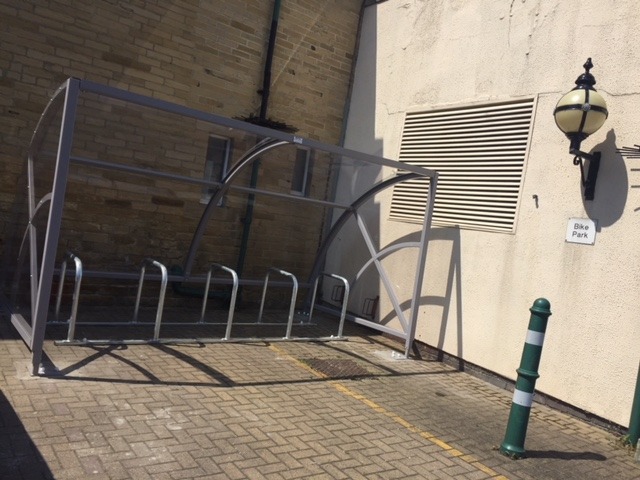 People travelling to Bramley Baths will be able to go that extra mile in a more environmentally-friendly fashion, following the launch of a new bicycle shelter.

The shelter is part of a near-£5,000 project funded by City Connect, which supports sustainable travel, and is based in the car park off Broad Lane.

The Baths also has a new bike pump and repair kit on hand in case of punctures.

“More people are telling us they want to have a safe place to leave their bicycles.

“If we can get people cycling, there will be fewer cars on the road and it’s encouraging people to be more active, which is what the Baths are all about.

“Bramley’s becoming a hotspot for cycling. You can also hire bikes at the new bike library at Bramley Community Hub.”

A new bike and pedestrian entrance to the car park will also be introduced, with work starting in July.